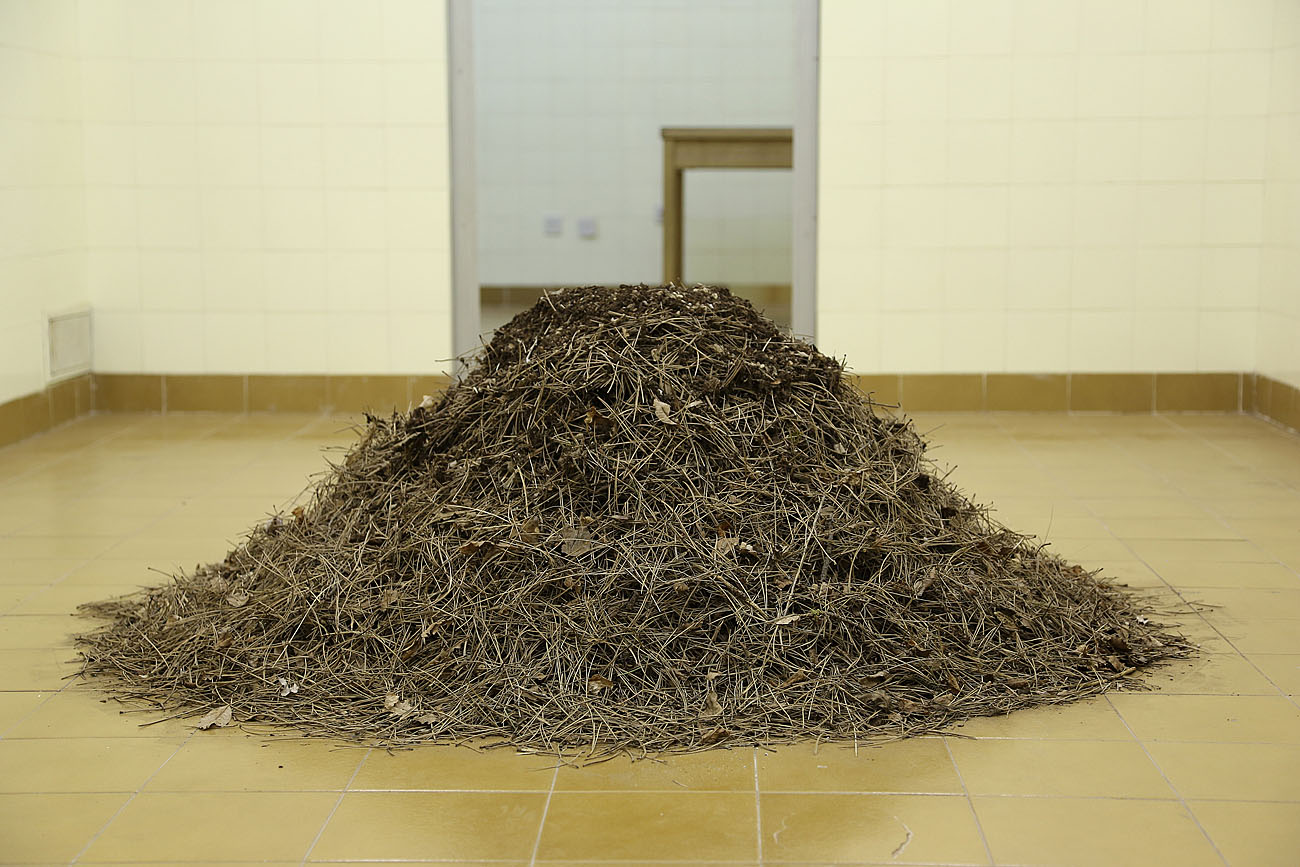 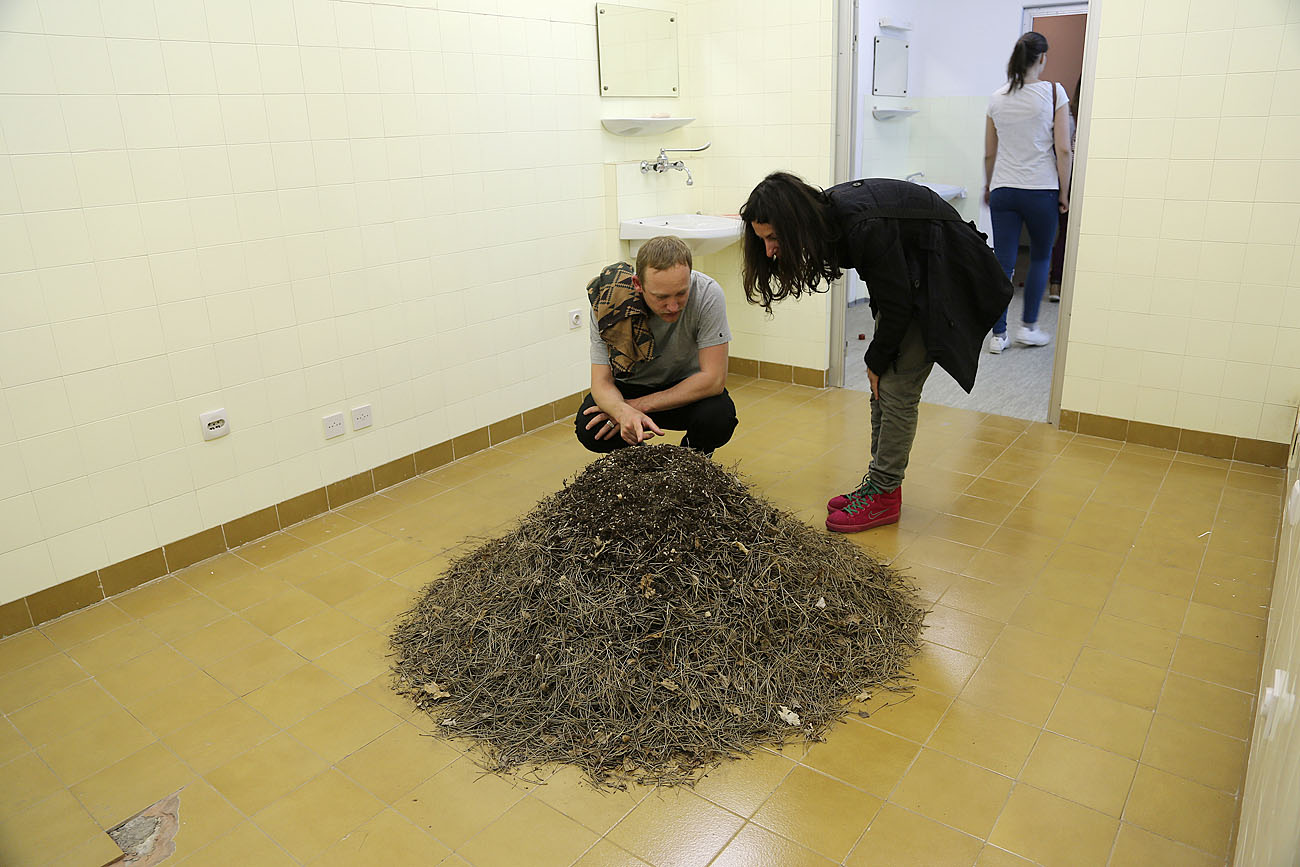 “The Hill” was created for the “3. Project Biennial of Contemporary Art D-0 ARK Underground”. The biennial takes place in a former atomic shelter in Konjic, Bosnia-Herzegovina, which was built in the the 1970s to house the yugoslavian leadership in case of a nuclear war.

“The Hill” brings an autonomous state system in which each member has a clearly defined task within its hierarchy into the enclosure of the bunker. The Queen is safe inside the hill and controls the fate of her people.