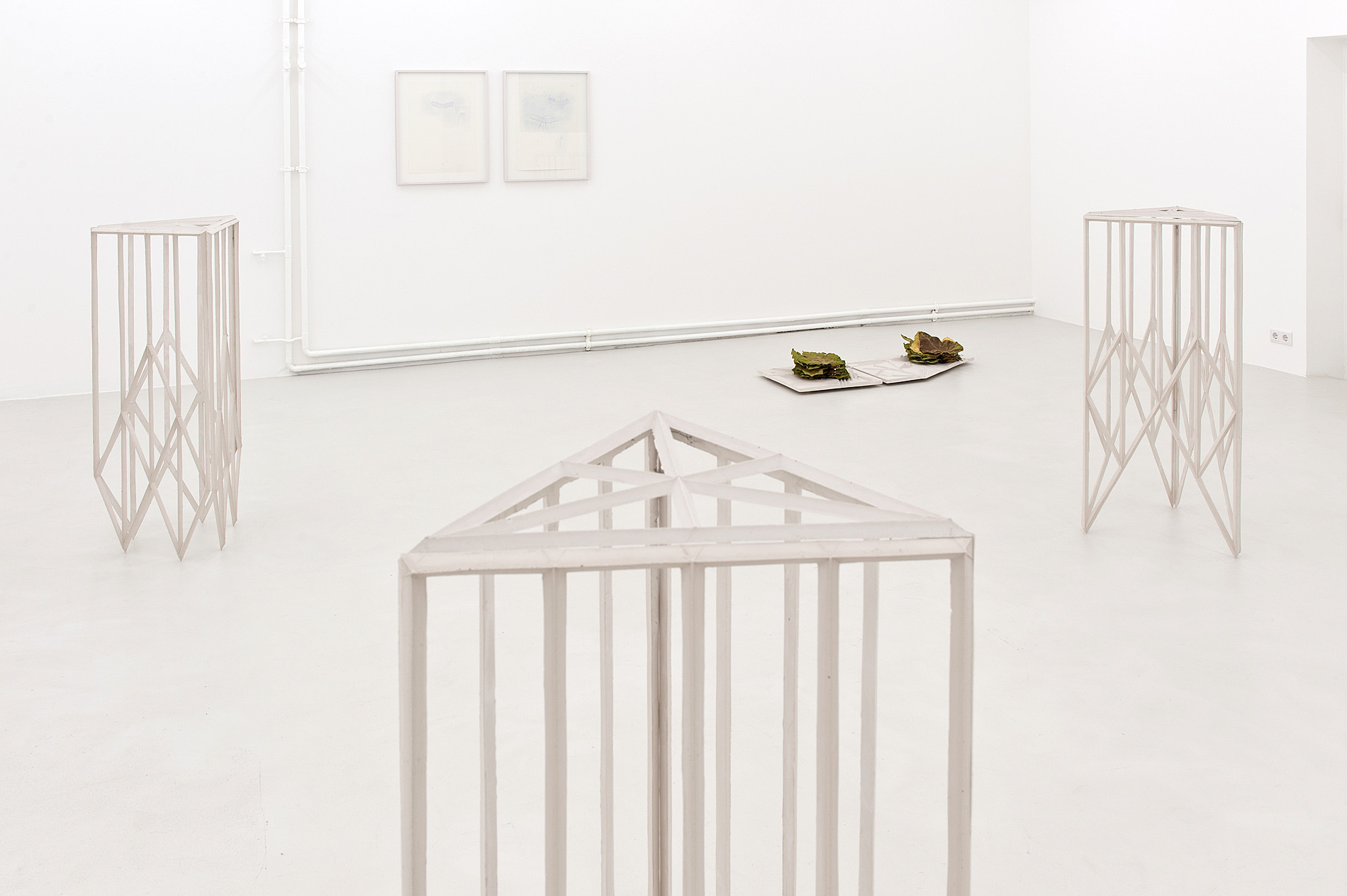 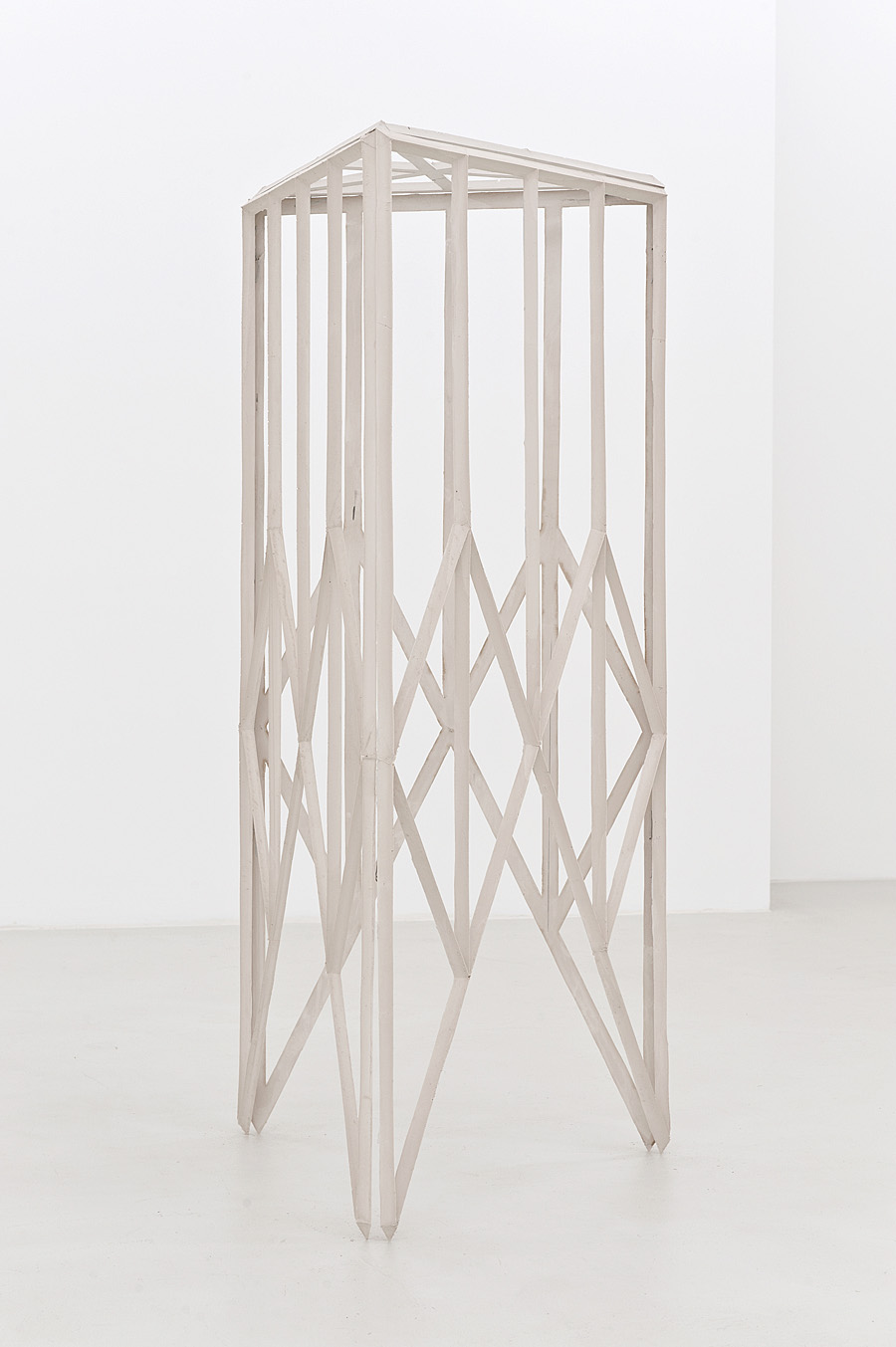 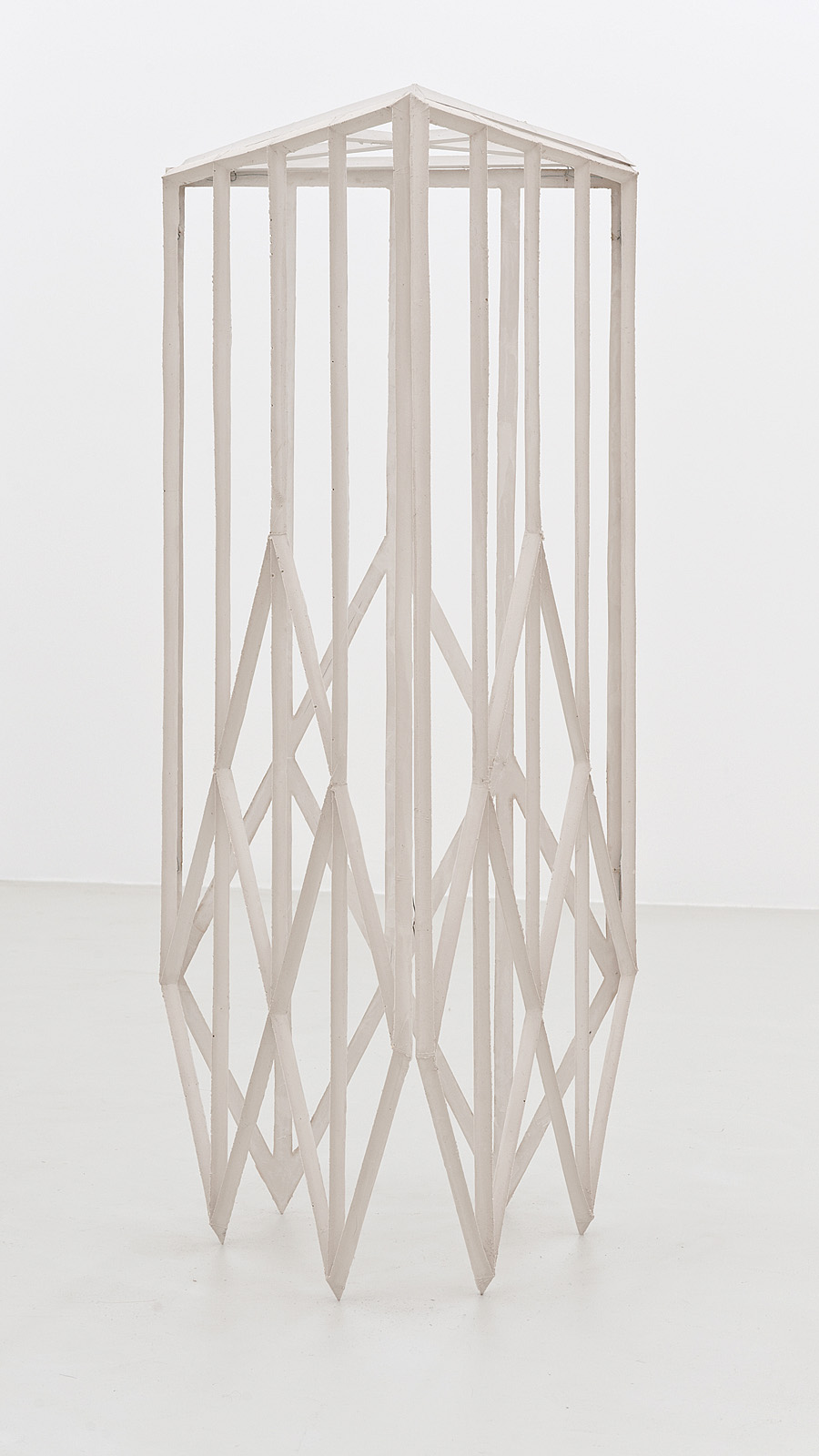 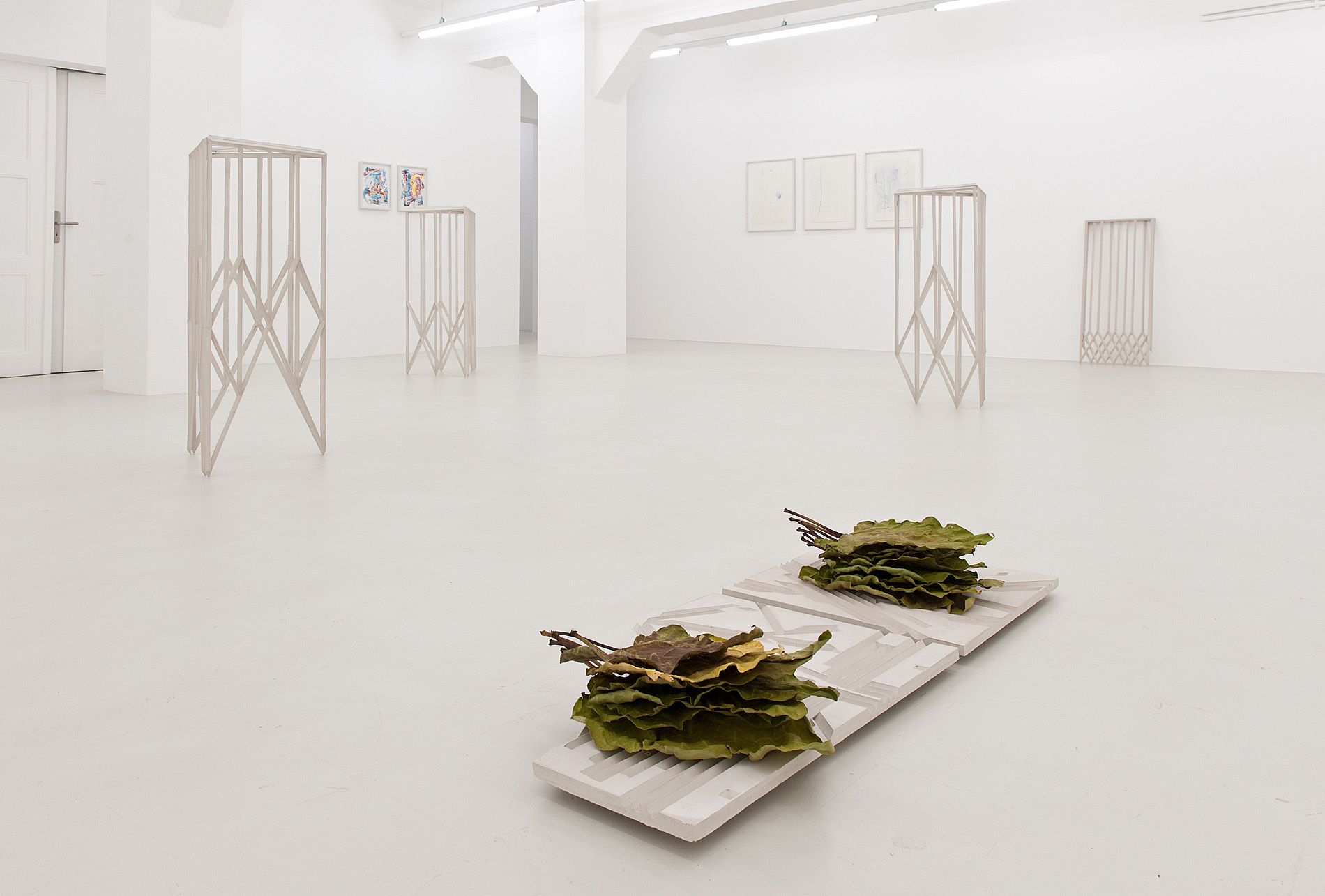 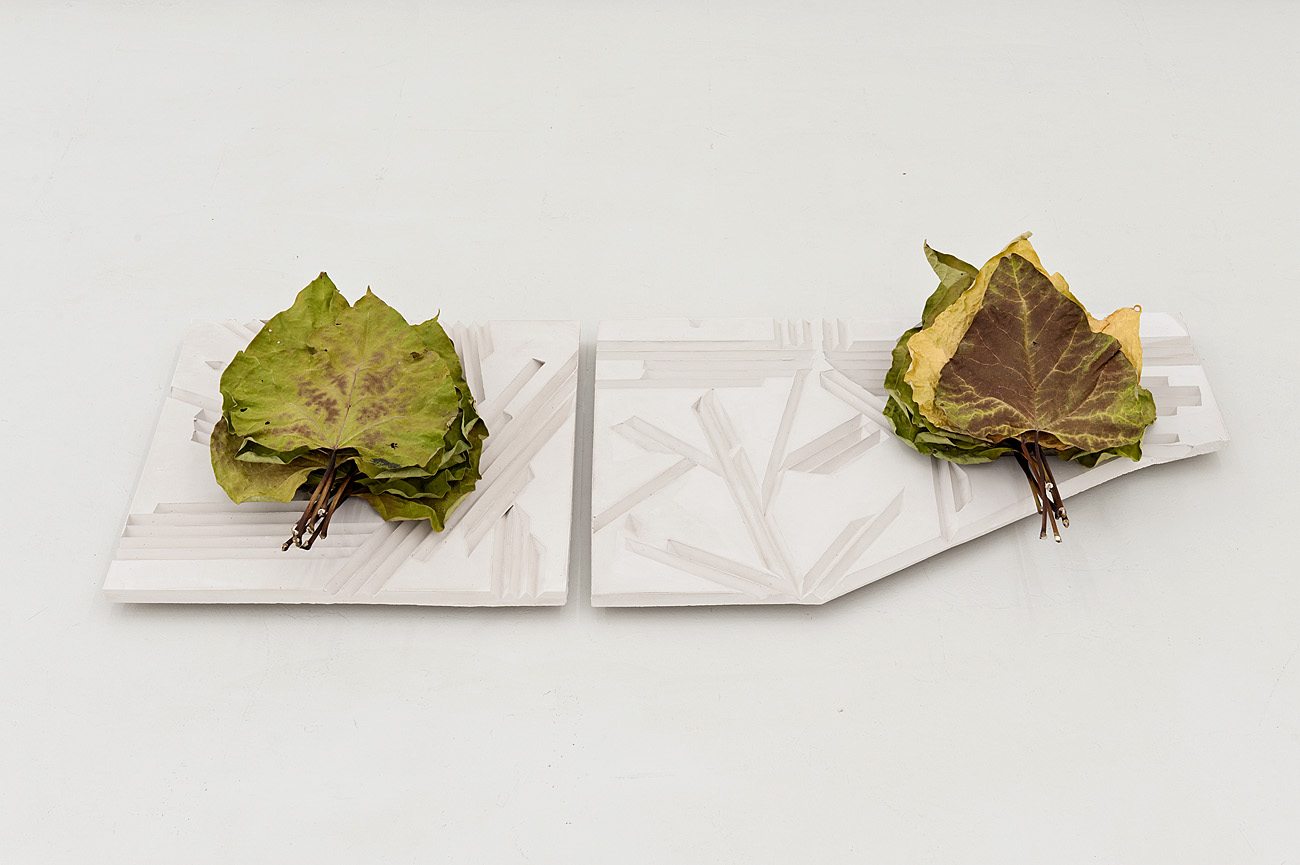 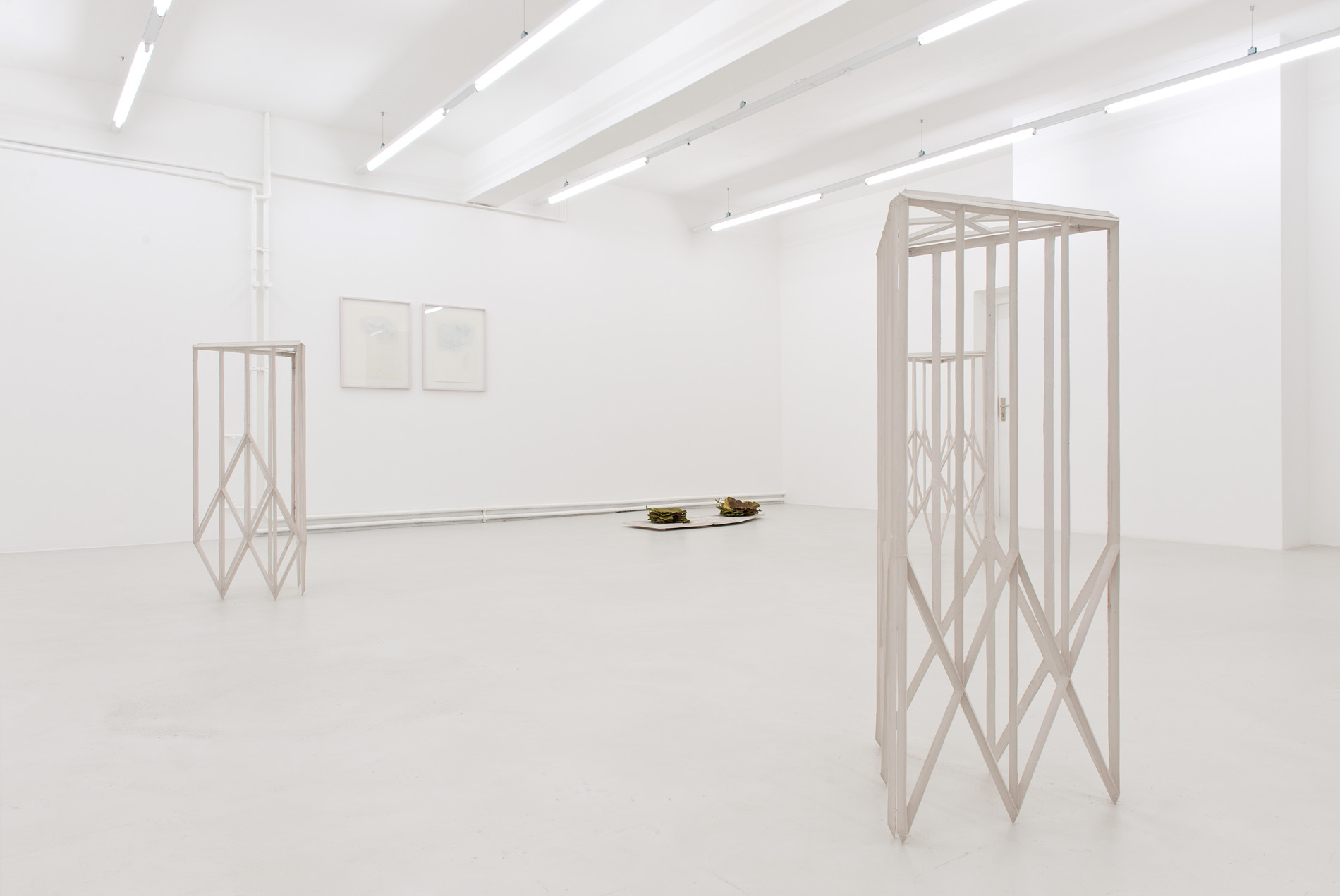 Carbon copies
DIN A2 each 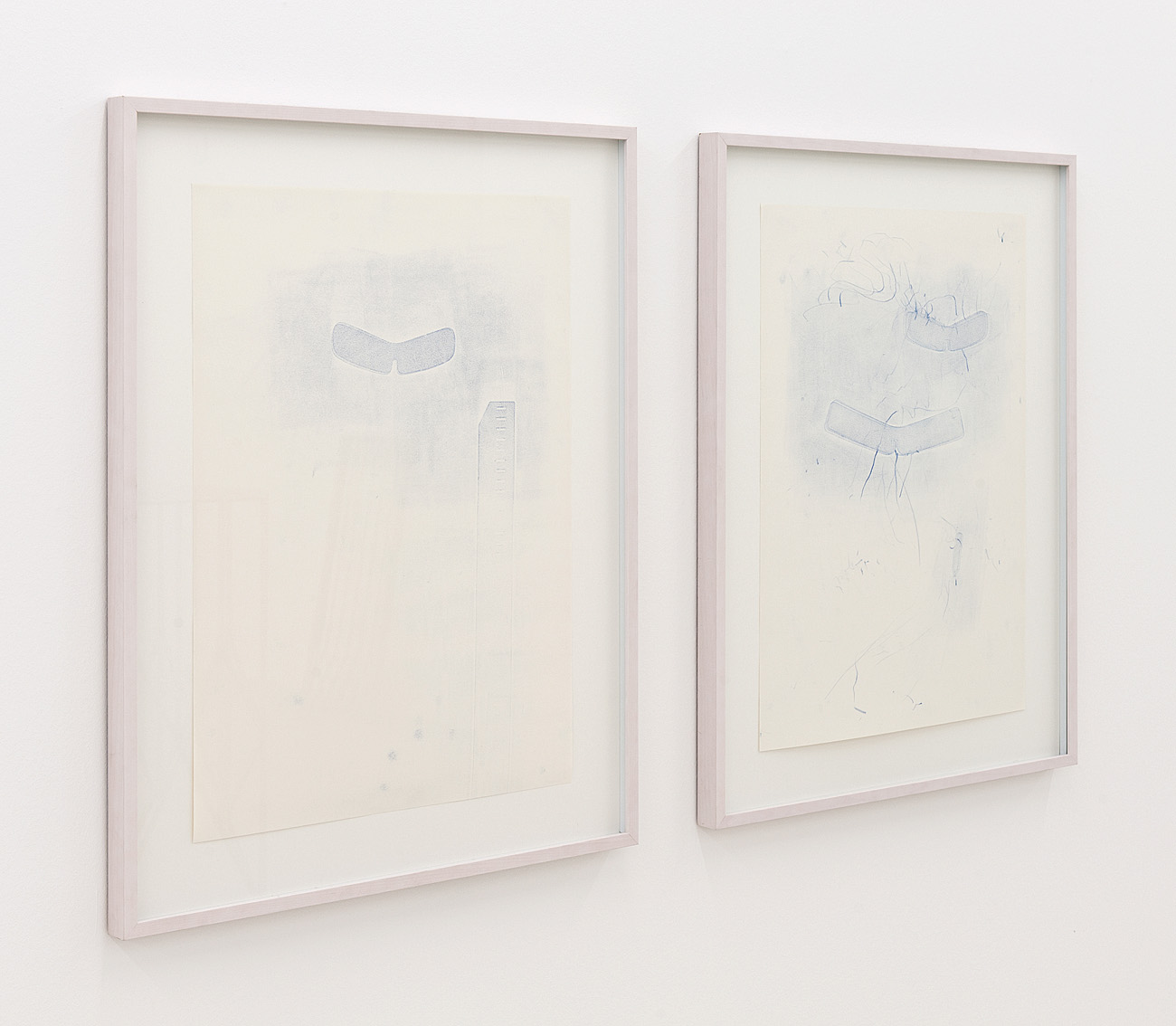 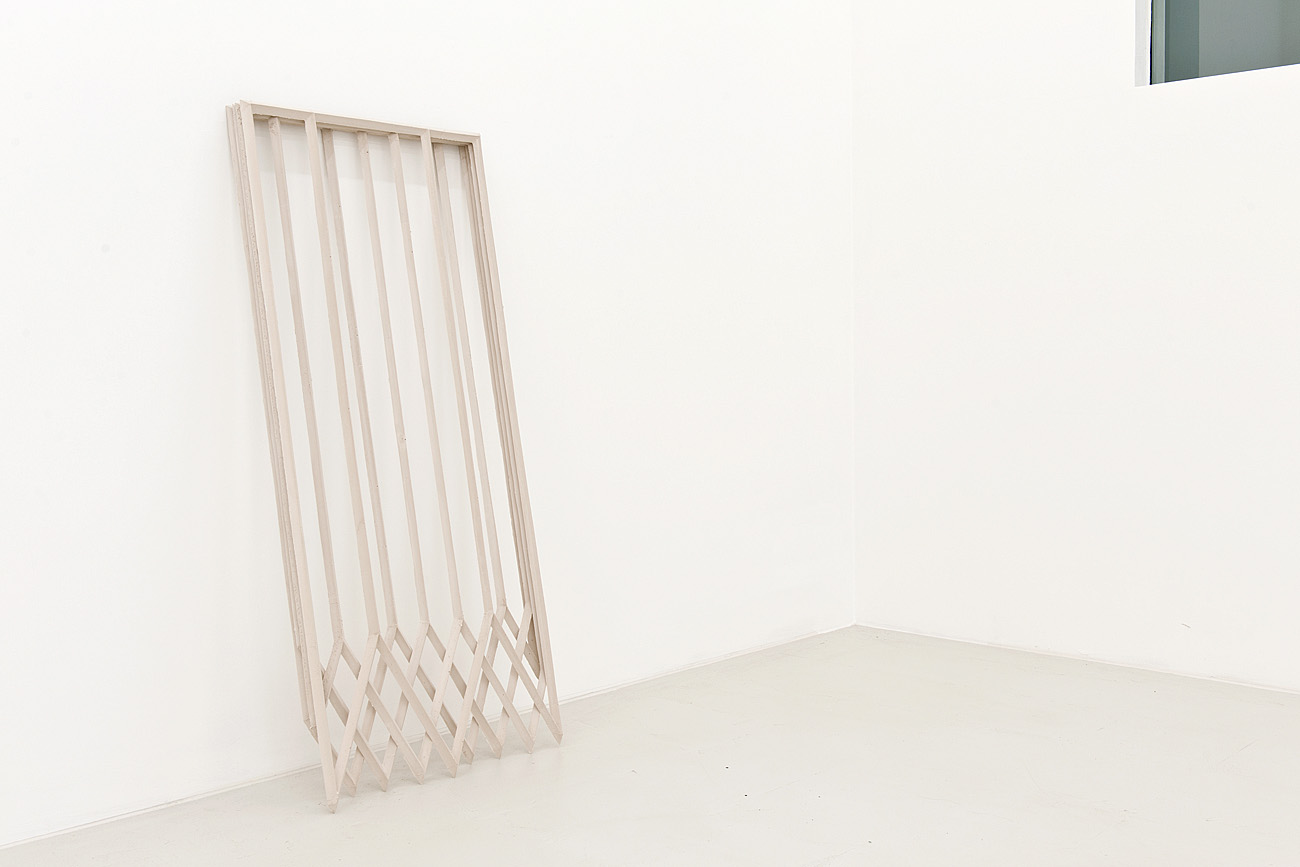 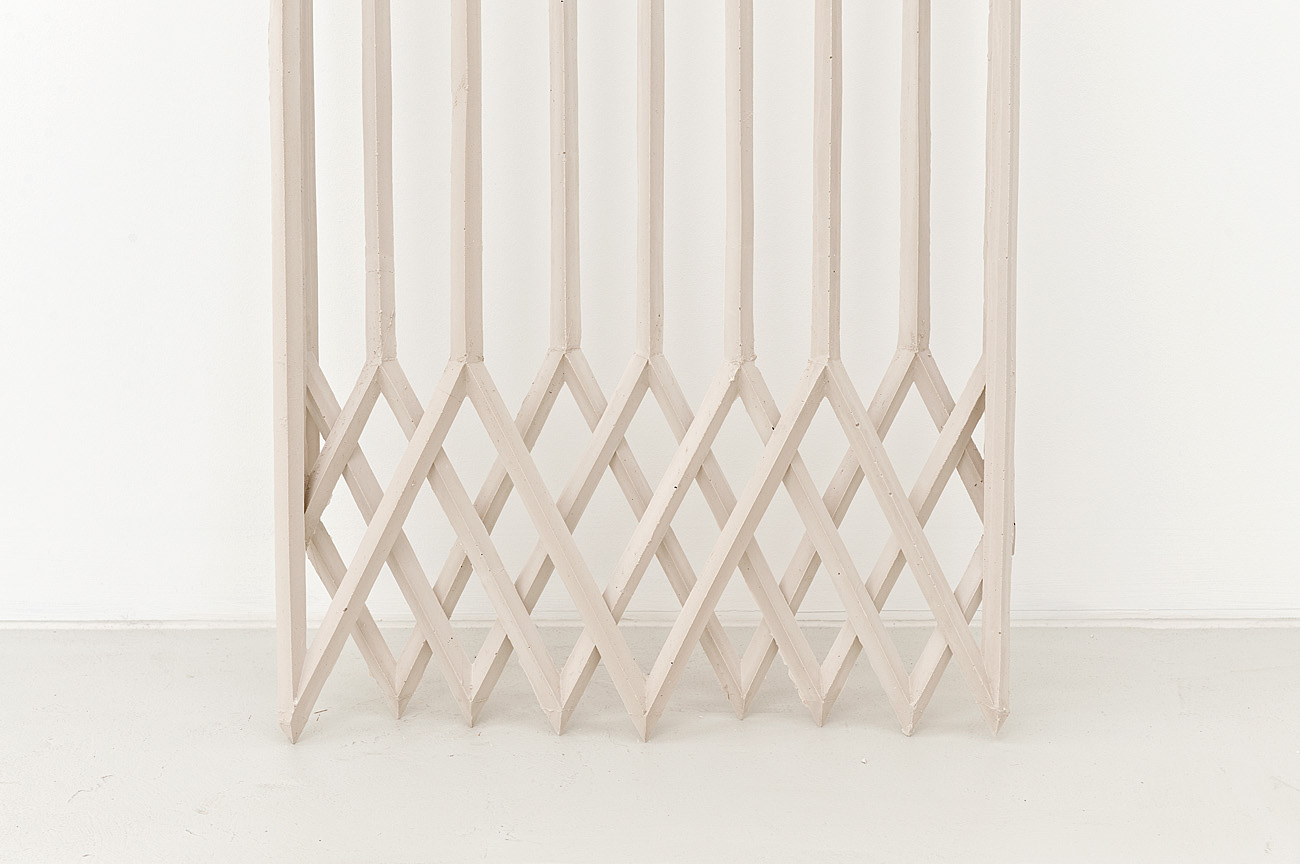 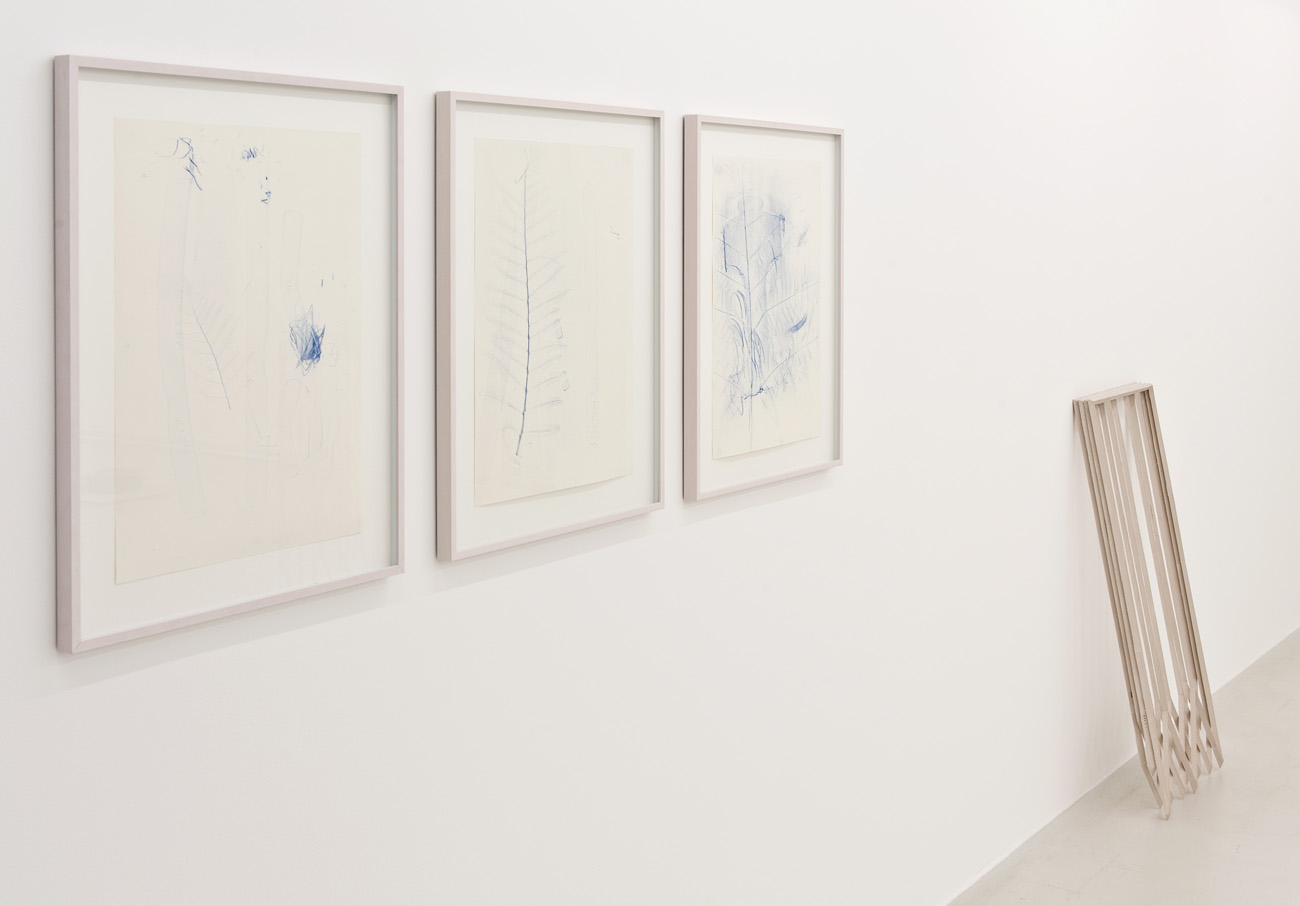 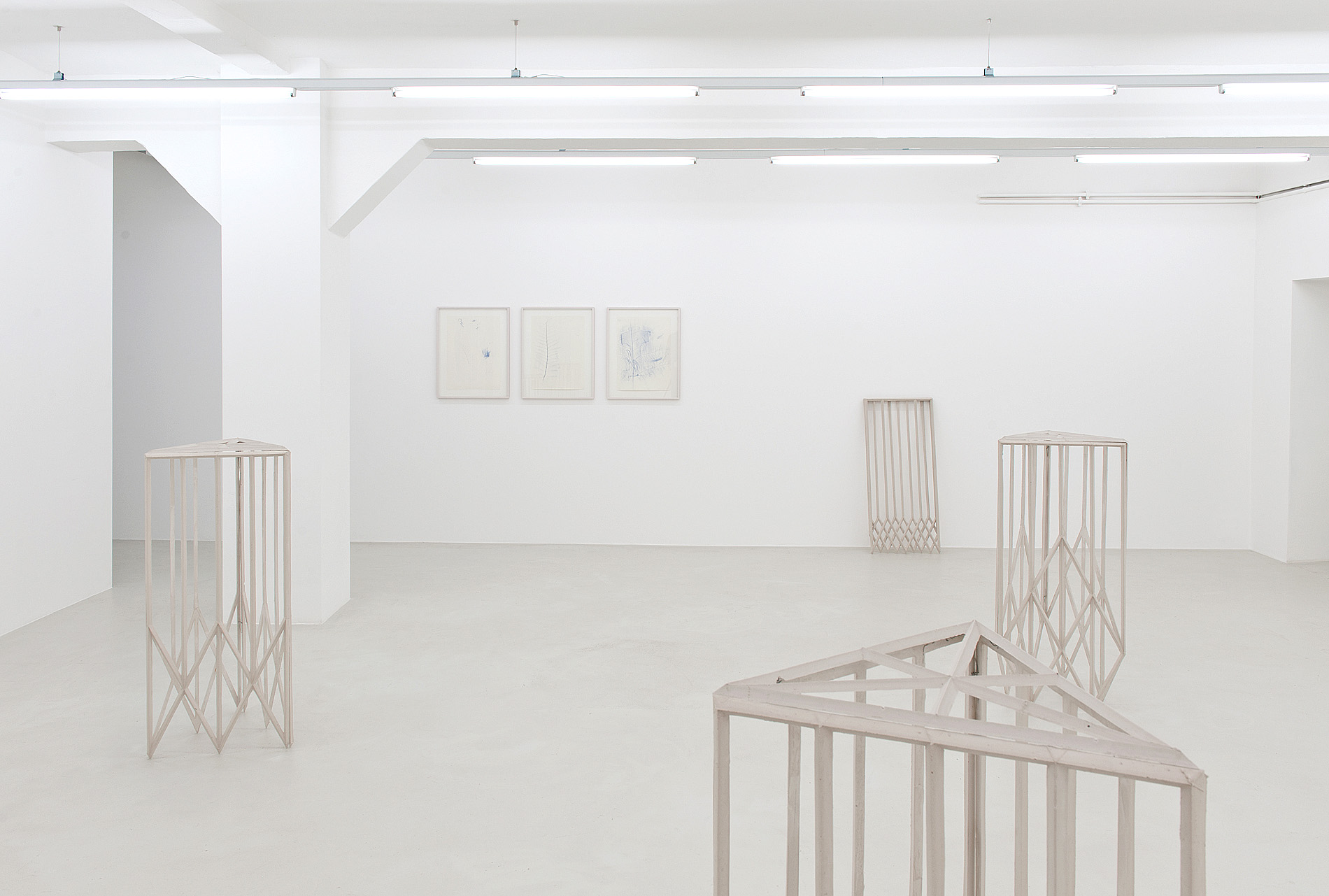 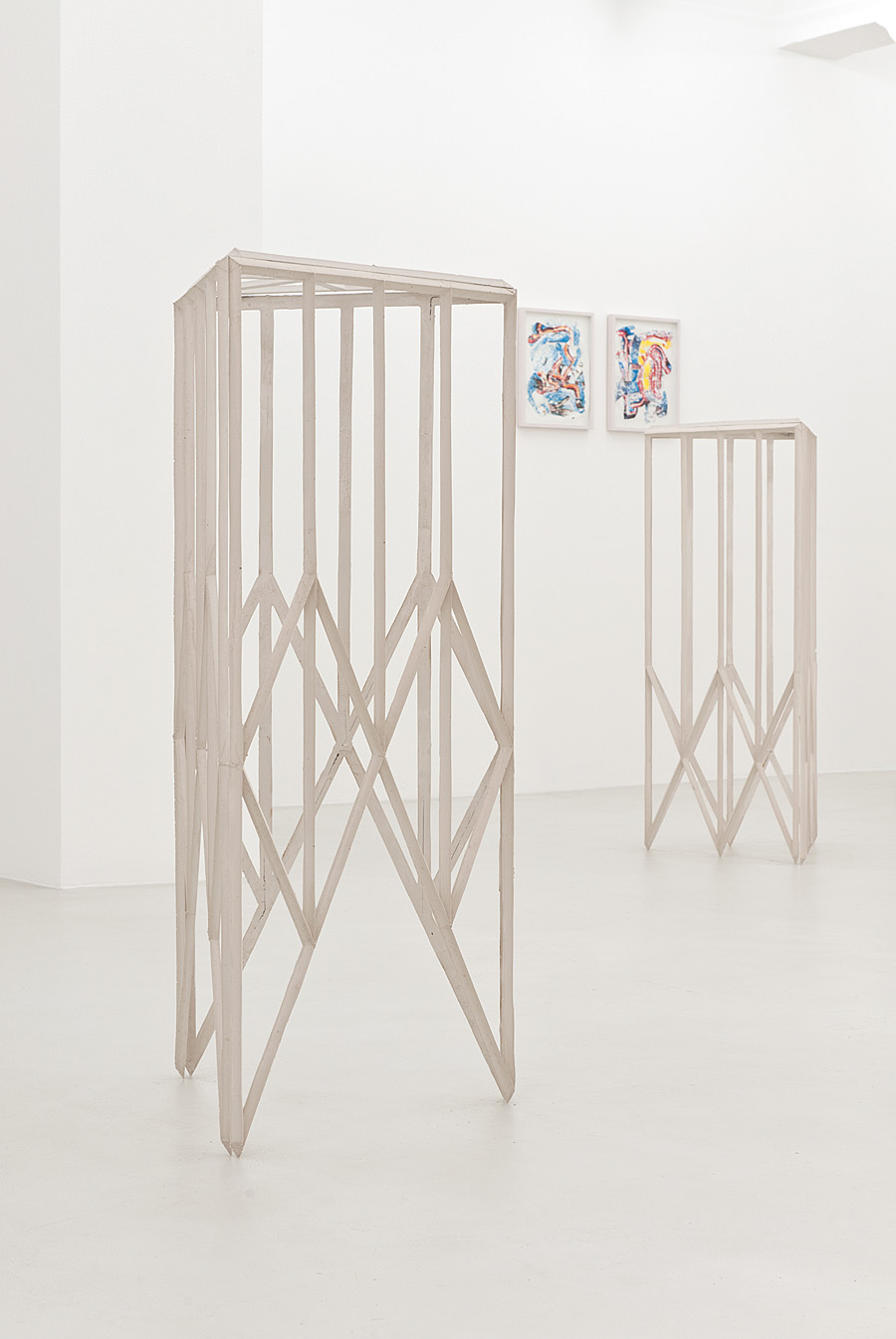 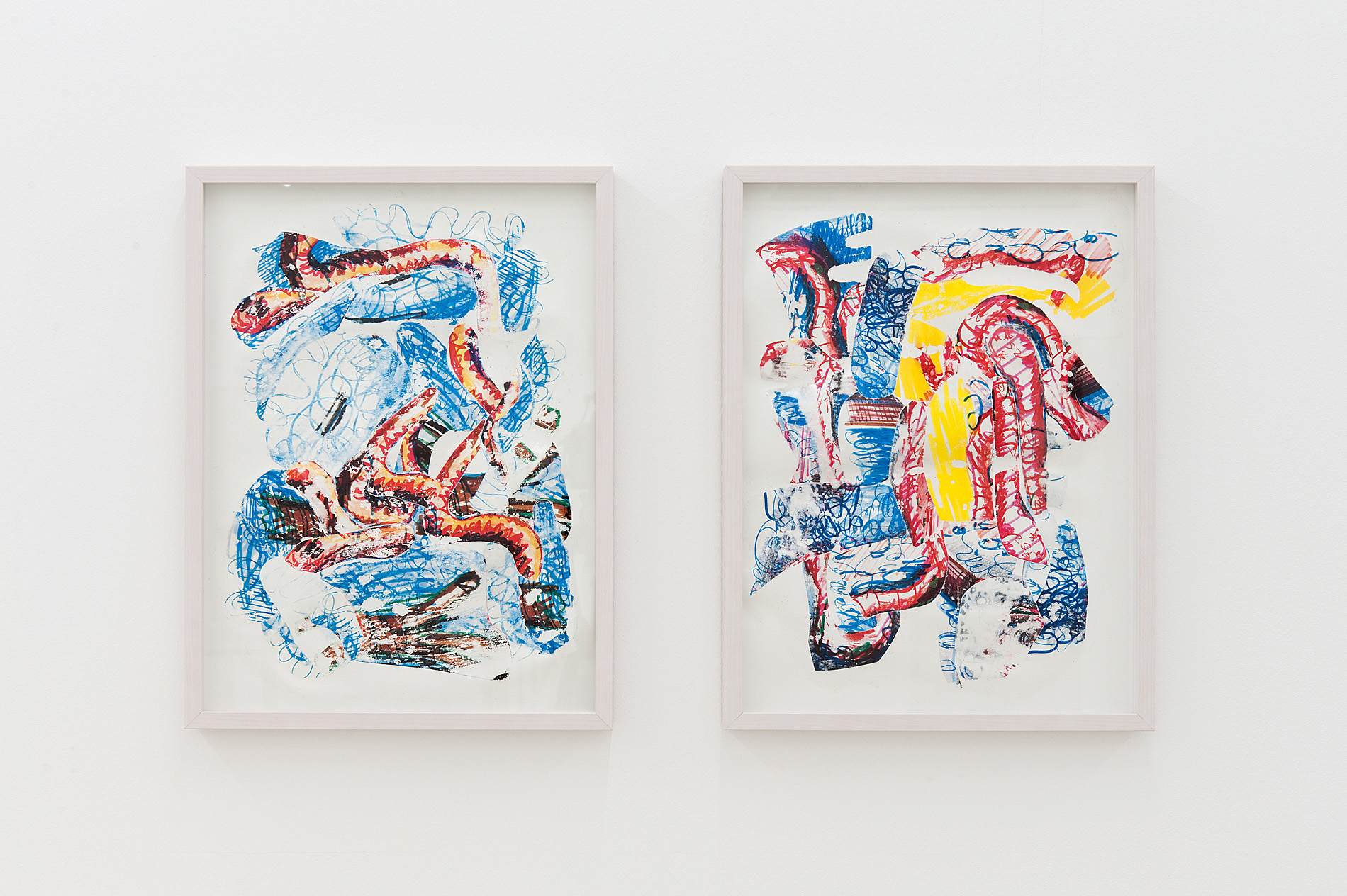 Gelatin and toner on paper
DIN A3 each

“A MONTH or so afterwards, when Jim, (…), tried to tell honestly the truth of this experience, he said, speaking of the ship: ‘She went over whatever it was as easy as a snake crawling over a stick.’”
From: Lord Jim, Joseph Conrad, 1899

“As easy as” is the second solo presentation of the Frankfurt based artist duo Wiebke Grösch and Frank Metzger at Gallery Heike Strelow. This show is a proposition of newly produced works. Like in their previous show “Schilf ohne Wasser” this time as well, the aim of the conceptual artists, is not only to create objects and arrange them in space but to compose through the works a distinguished space sensibility and reality.

The essence of the exhibition is a moment of uncertainty. The moment in which an unexpected incident questions what was until that perceived as a certainty. Constructs and systems are pushed to their limits. Three objects made of plaster, carefully conceptualized and produced, inhabit the exhibition space. At first they seem simple and recognizable but the longer you watch them the more complicated it is to define and identify them. These hybrid forms with transitory character are both autonomous objects and supporting structures. It seems almost contradictory that these sophisticated, aesthetically appealing and very delicate plaster structures, enclose the room and at the same time offer themselves to the room. The material contradicts the form. Stability and fragility are equally present. Two other plaster objects whose delicate structures are reminiscent of fence elements lean against the walls of the gallery. The superimposition of the structures creates a spatial drawing. The object “Patna” draws its sensual appeal from the combination of natural and constructed elements. Stacks of large leaves lie on two plaster reliefs placed on the ground, showing geometric forms reminiscent of natural forms.

The “drawings” of the series “As easy as” were transferred onto paper with gelatin. The collage and transfer of the original drawings creates a distance to the motifs and lets the artistic handwriting disappear. Deformed by the drying process, the “drawings” also acquire an object-like character. The carbon paper imprints of the series “Skeletons” show offset pieces of fern leaves and the packaging material of men’s shirts. Here, too, constructions of natural and technical origin are transferred into a peculiar state of suspension, giving the pictures a poetic impression. Nevertheless it is through this unusual combination of elements and their aesthetic interplay that Grösch/Metzger challenge the viewers perception and stimulate the reevaluation of the relationship within the given structures.

Grösch/Metzger refer to the exhibition “As easy as” as a “boutique exhibition” in accordance with the concept of the “boutique hotel” and thus bring individuality, distinction, display and design into play as a further frame of reference.

Making of “As easy as” 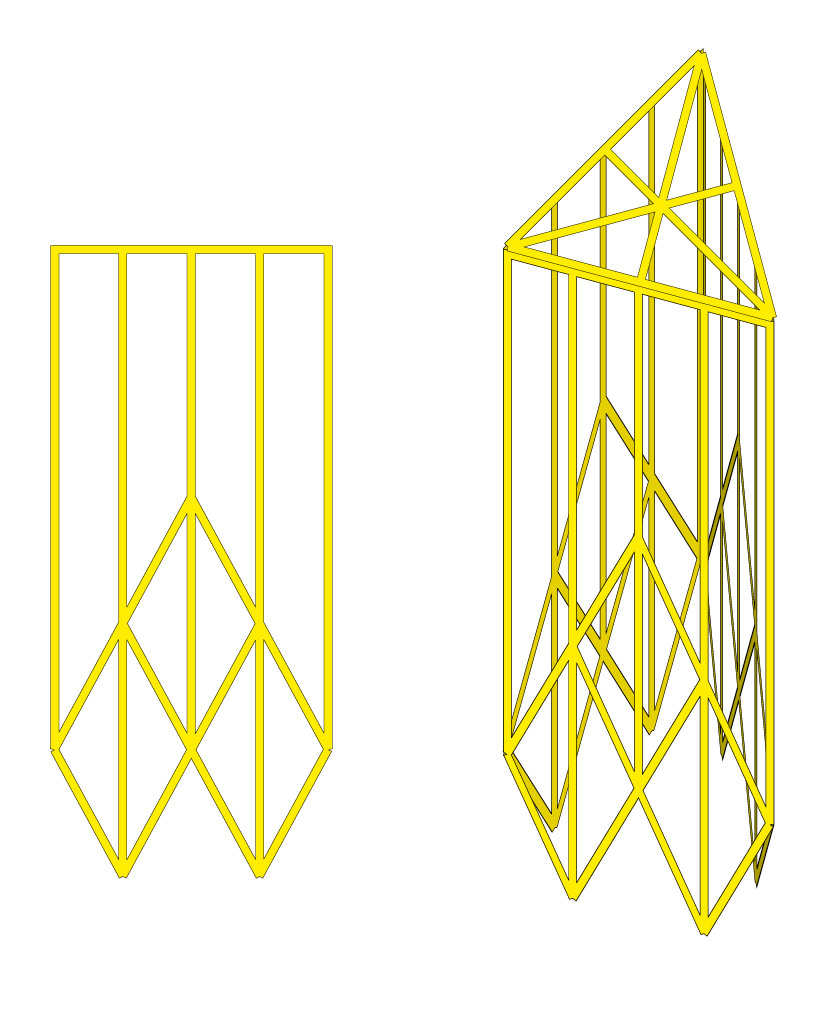 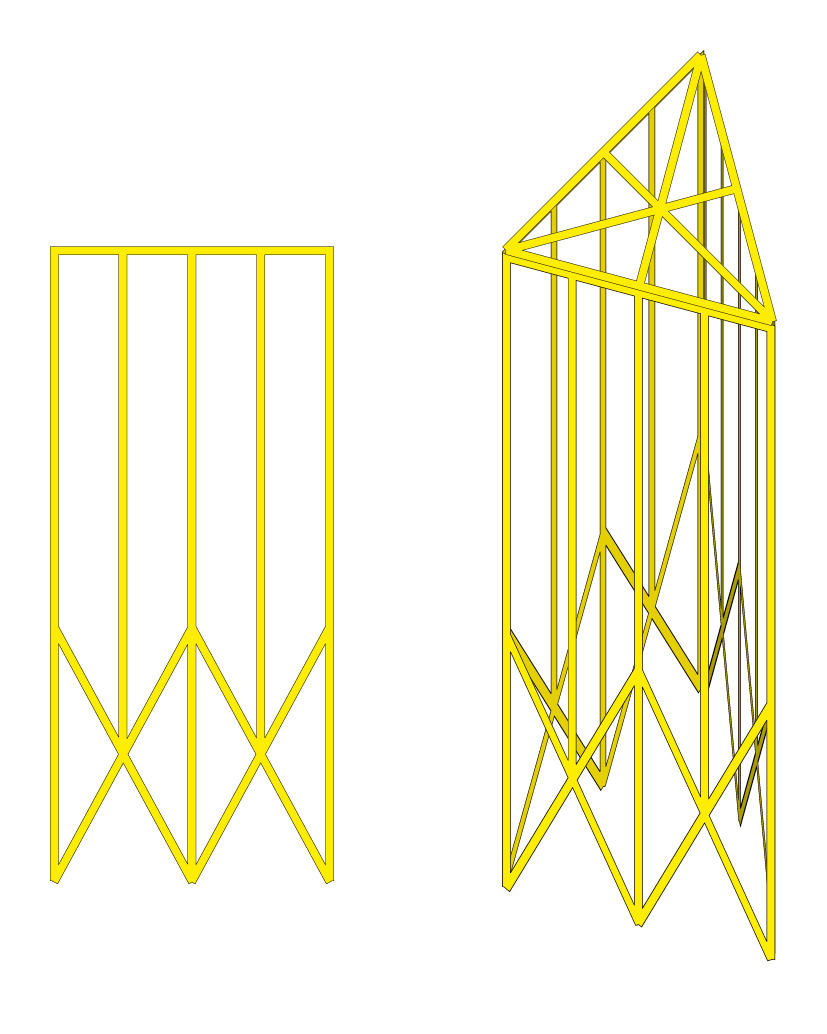 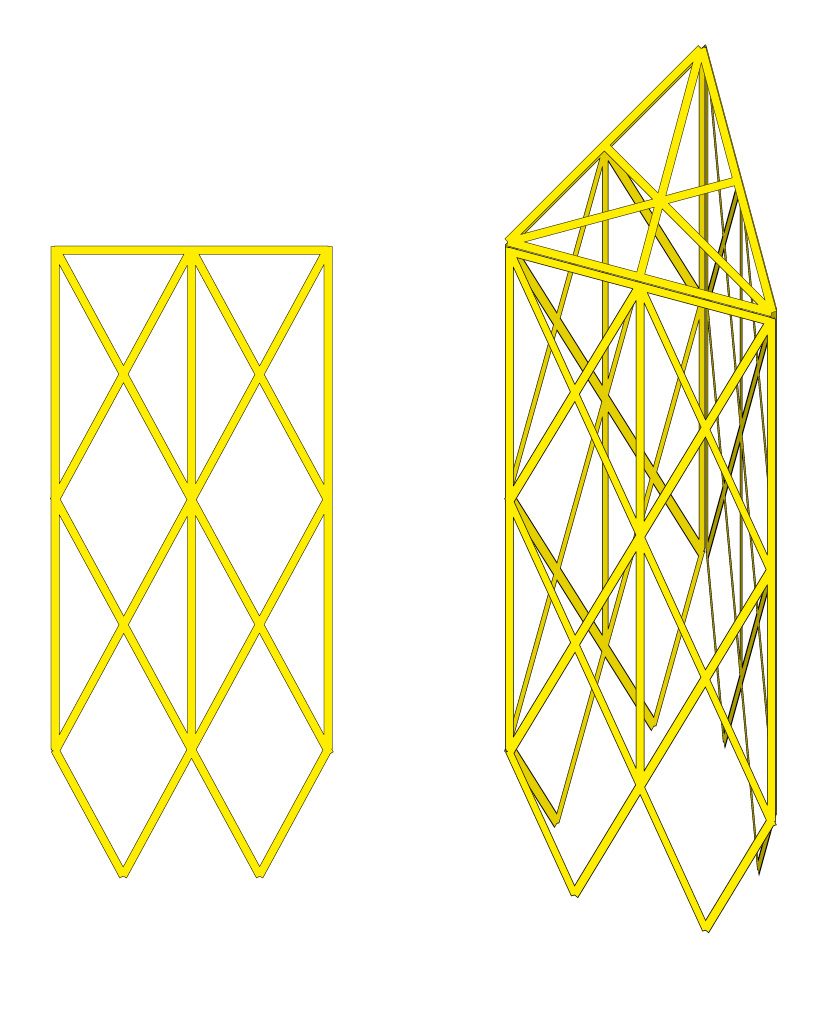 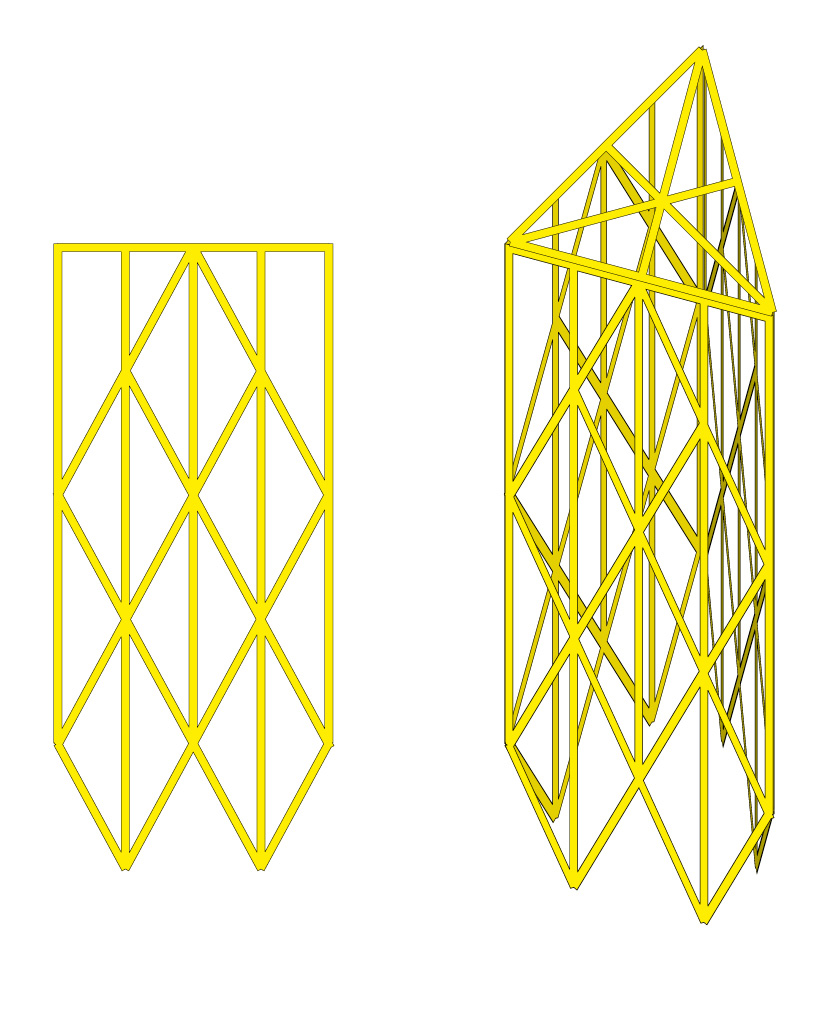 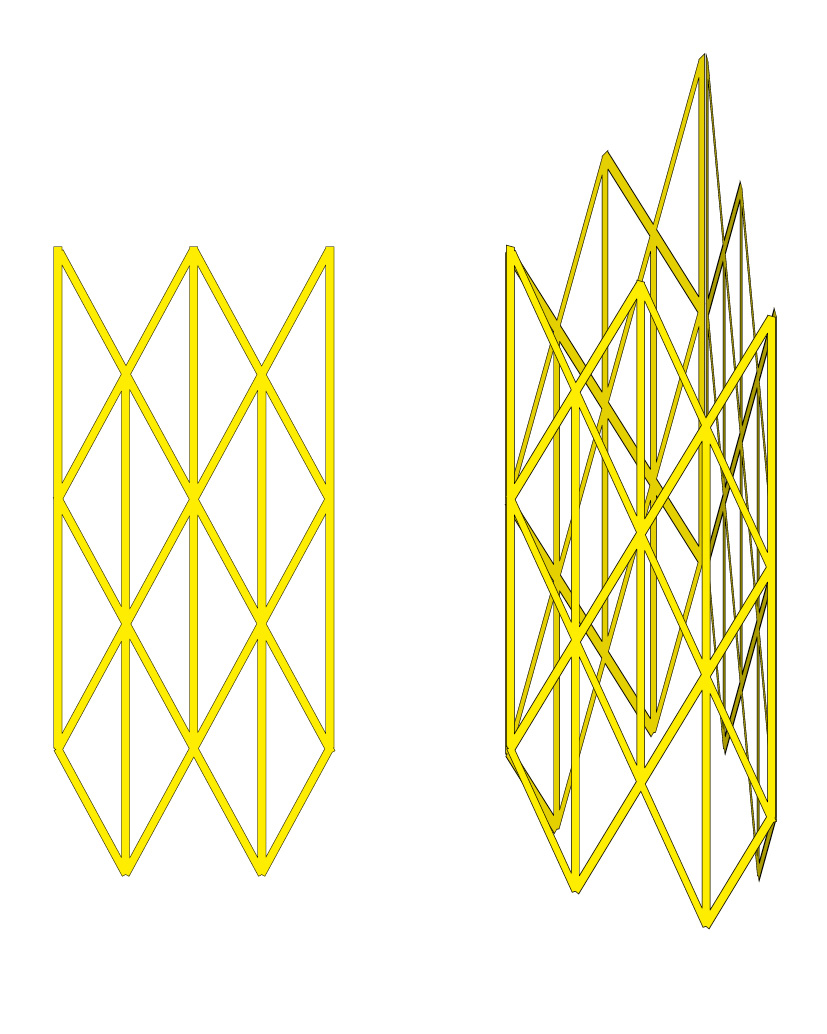 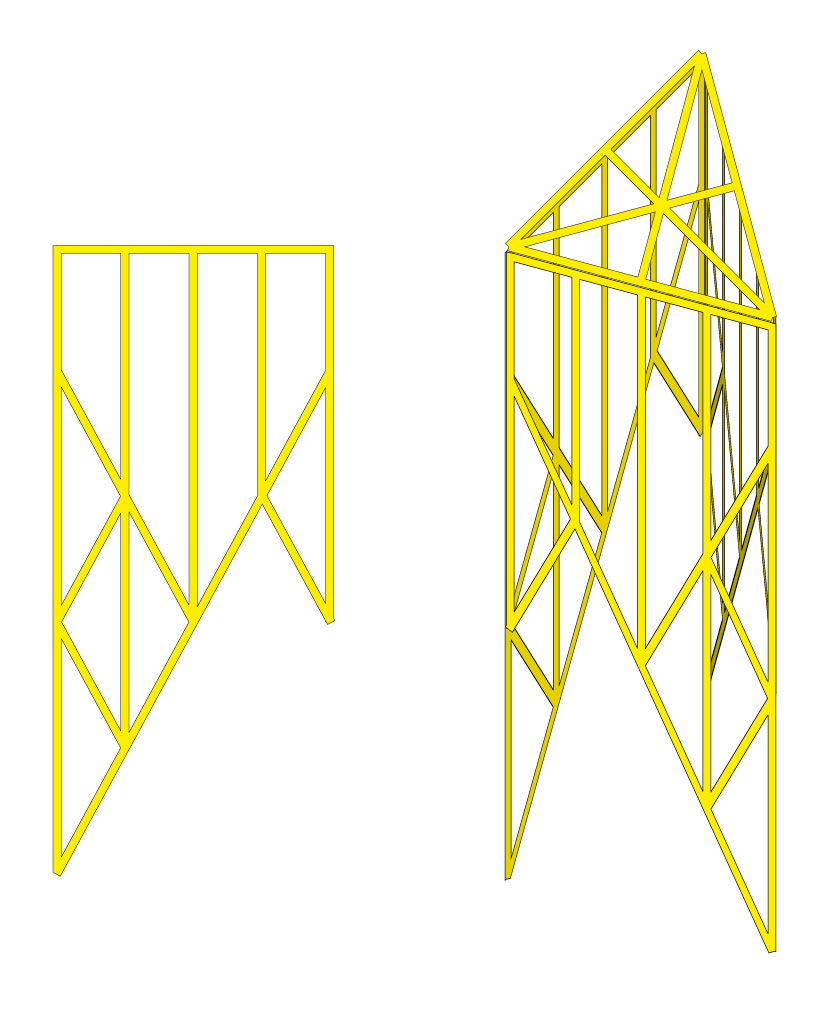