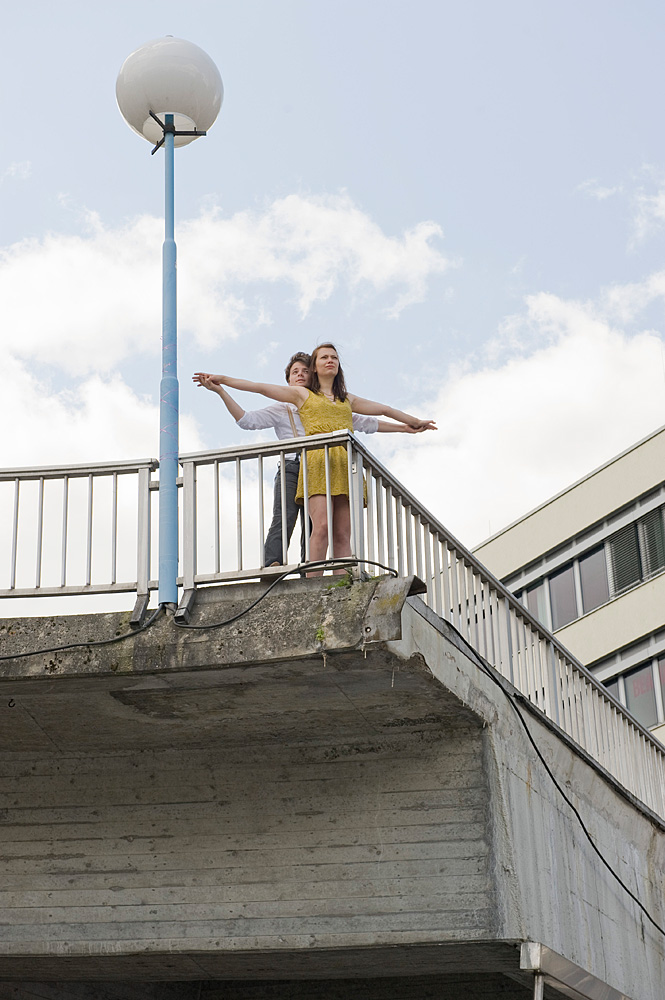 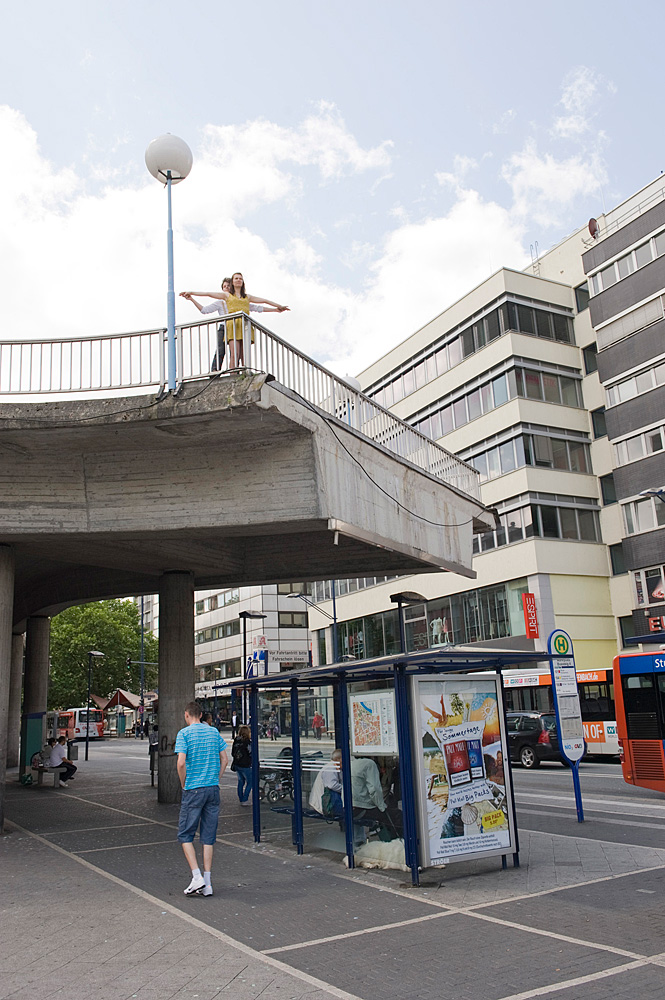 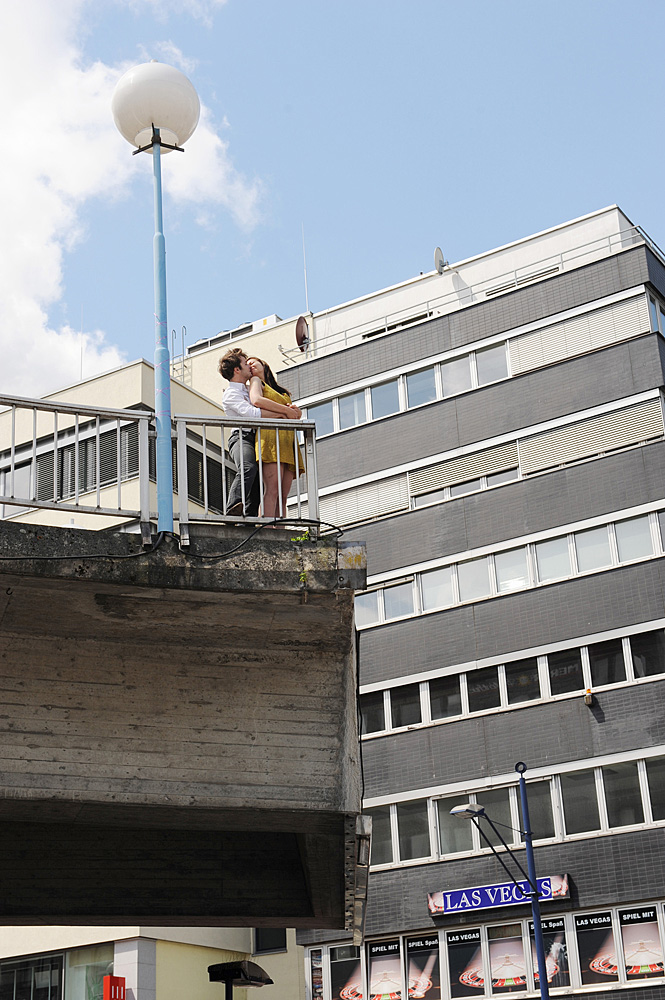 A system of pedestrian bridges was built at the market place in Offenbach am Main in the 1970s in a move to adapt the city centre to car traffic. The bridges were demolished in 2005, yet their remains have left their mark on the square.
For a day, the performance transforms this inhospitable site into a locus of longing. At regular intervals, on the stub of a demolished bridge, an actor and actress perform the famous kiss scene from the film Titanic. Sounds of the sea and the cry of gulls transform the atmosphere of the square. The stump of the bridge becomes the prow of the Titanic. Film fiction and urban reality merge and call to mind the vanished utopia of a car-friendly city.

The performance took place in the scope of the convent K-2012 StattVerkehrStadt (City_instead_of_Traffic) of Bundesstiftung Baukultur.