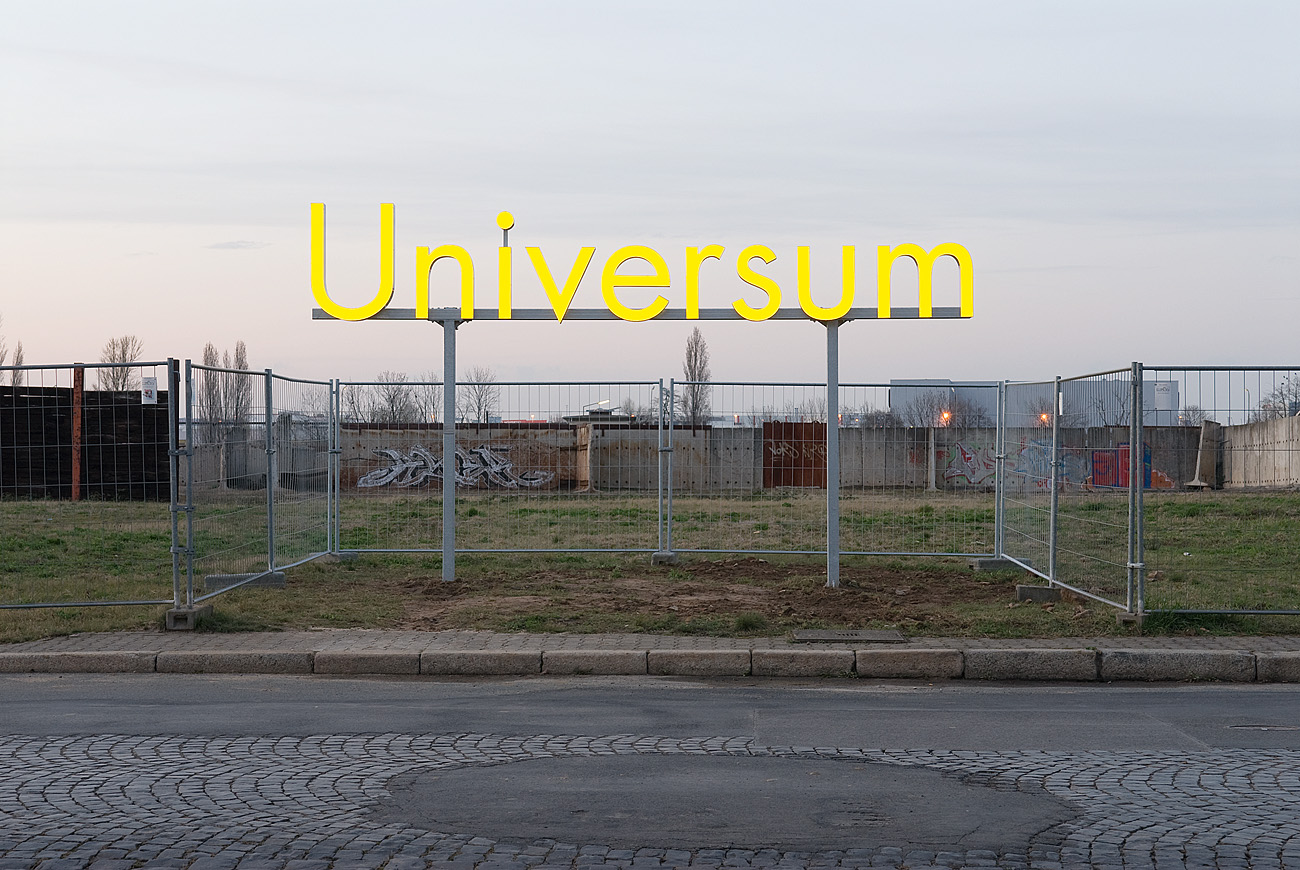 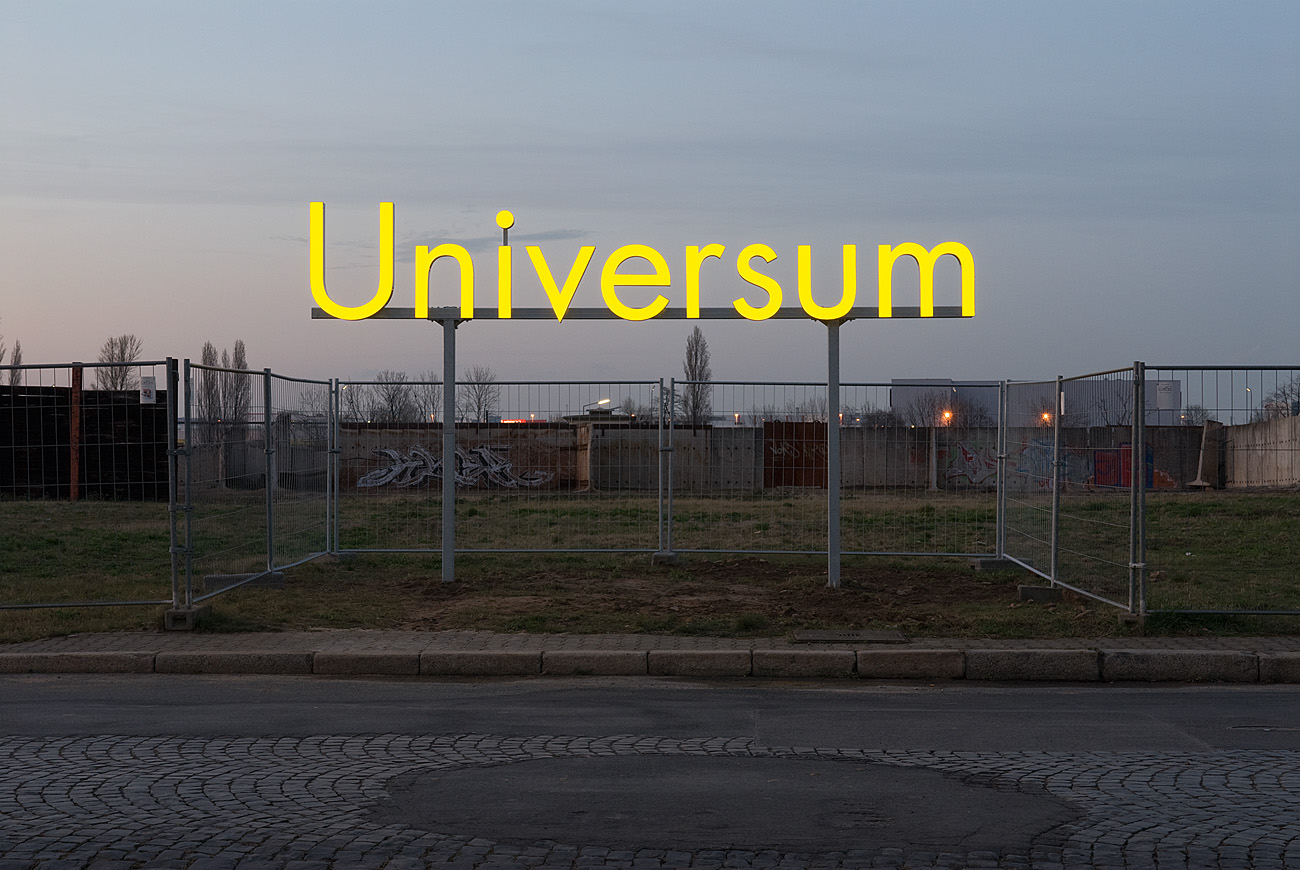 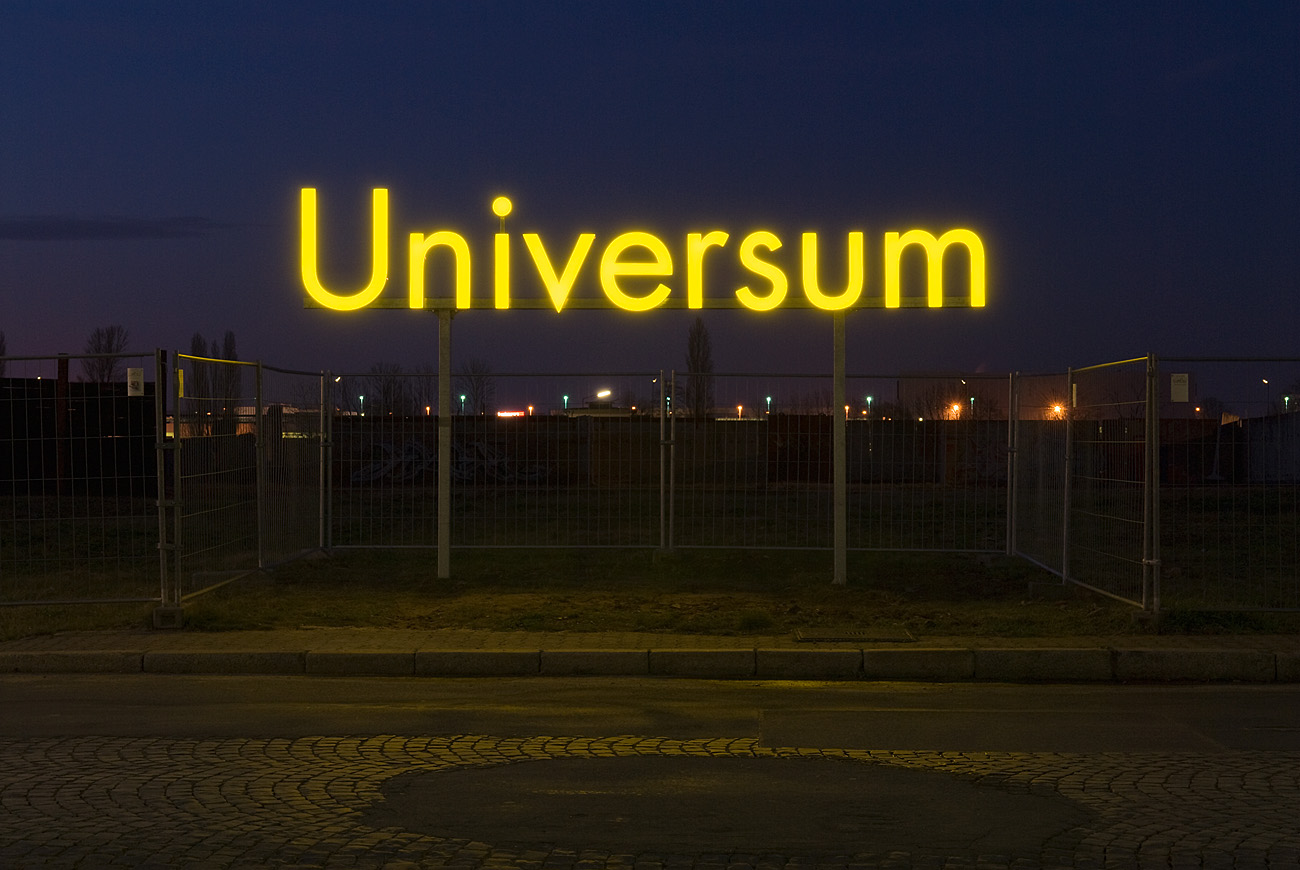 For some years a new city district has been growing at the former Main harbour of Offenbach. At the invitation of the project development company a permanent light installation was developed.

The work references Offenbach’s former Universum Cinema, which for a long time was the town’s largest cinema. Changed social and economic conditions at the start of the 1990s enforced its closure, as also that of the harbour. The name ‘Universum’ [Universe] defines the plot of wasteland as a space of possibilities. The site becomes a projection screen for future urban change.